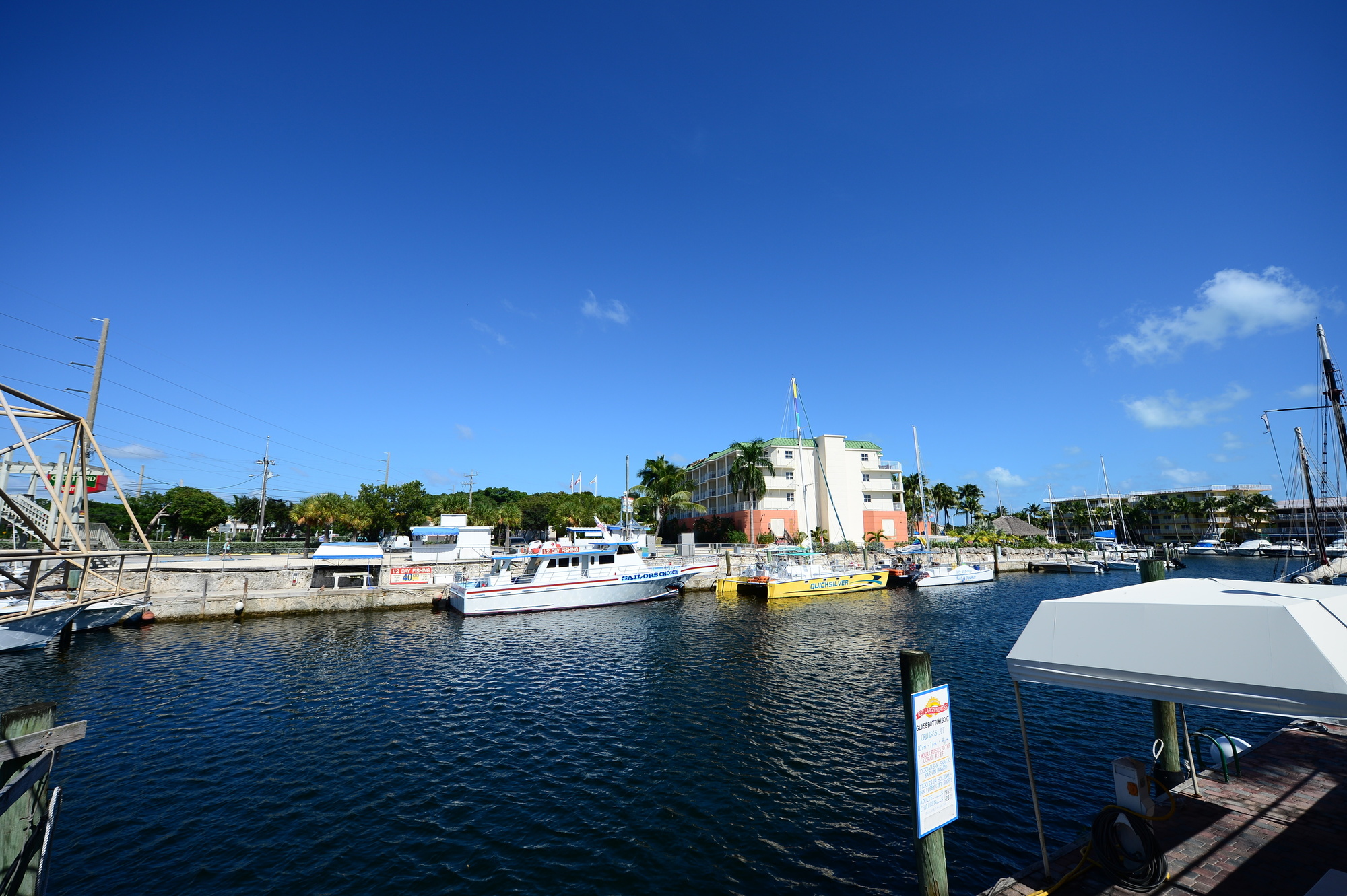 Key Largo is bordered on the west by Florida Bay and the Everglades National Park backcountry, and to the east by the Atlantic Ocean, home to the clear waters of the Gulf Stream. Visitors can enjoy Key Largo's ties to the sea with attractions including scuba diving, snorkeling, an underwater hotel, sport fishing, eco-tours, beaches and dolphin encounter programs.

Key Largo is best known for John Pennekamp Coral Reef State Park, mile marker (MM) 102.5, the first underwater preserve in the United States. In shallow waters adjacent to the park at a site called Key Largo Dry Rocks rests the 9-foot-tall bronze “Christ of the Abyss” statue, an iconic landmark for divers and snorkelers. Today the park receives more than a million visitors annually who come to explore its nature trails and beaches and observe its abundant underwater wildlife.

Pennekamp is incorporated into the Florida Keys National Marine Sanctuary. The sanctuary covers about 2,900 square nautical miles of coral reefs, seagrass beds and mangrove swamp on both sides of the Keys island chain throughout the waters of Florida Bay, the Gulf of Mexico and the Atlantic Ocean.

Its indigenous population is composed of more than 600 species of fish and 55 varieties of coral, along with 27 species of gorgonians or flexible corals. The living reefs off Key Largo are acclaimed as some of the most fascinating scuba diving sites in the world.

In fact Key Largo, often called the Dive Capital of the World, is a prime shallow-reef destination for children and adults who want to try diving for the first time or get certified. Its leading sites for experienced divers include the Spiegel Grove, one of the largest vessels ever intentionally sunk to become an artificial reef.

The island also has served as an in-water hospital for stranded whales, and is known around the globe for its dolphin therapy programs. Children and adults from several continents have sought out dolphin therapy through the not-for-profit Island Dolphin Care.

The Keys’ longest island gained fame when the 1947 movie classic "Key Largo," featuring Humphrey Bogart and Lauren Bacall, hit the silver screen. A local bar, the Caribbean Club, provided the locale for some of the movie's scenes.

Bogie's presence is apparent even today in Key Largo. The island hosts an annual Humphrey Bogart Film Festival, and the century-old steam-powered vessel from another of his epic films, "The African Queen," can be ridden from the Holiday Inn Key Largo Resort & Marina.

Key Largo is about a 60-minute drive from Miami International Airport.

THINGS TO SEE AND DO IN KEY LARGO

Spiegel Grove, www.fla-keys.com/spiegelgrove. The 510-foot retired U.S. Navy Landing Ship Dock is one of the largest ships ever intentionally sunk to create an artificial reef. The ship has attracted legions of fish and other marine life that can be viewed by scuba divers, snorkelers and glass-bottom boat passengers. It is positioned about six miles off Key Largo in 130 feet of water. Several mooring buoys provide convenient tie-off points for boaters.

Caribbean Club Bar, MM 104.3 bayside; 305-451-4466. www.caribbeanclubkl.com/. The waterfront saloon is the only Florida Keys location where filming of the movie "Key Largo" took place; all other scenes were filmed on a Hollywood sound stage. Walls within the bar are decorated with memorabilia from the movie.

Florida Keys Wild Bird Center, MM 93.6 bayside; 305-852-4486, fkwbc.org/. The primary purpose of the center is to rescue, rehabilitate and release ill, injured and orphaned wild birds. A boardwalk winds through cages that house wild hawks, ospreys, spoonbills, egrets and more. Some are there to recuperate and will be released; others are unable to survive in the wild on their own and have become lifelong inhabitants.

Jules' Undersea Lodge, MM 103.2 oceanside at 51 Shoreland Dr.; 305-451-2353, www.jul.com. Room service is available at the world's first and only underwater hotel, permanently anchored beneath the surface in Key Largo's Emerald Lagoon. The two-bedroom air-conditioned facility offers comfortable accommodations and is a popular destination for those who prefer underwater honeymoons.